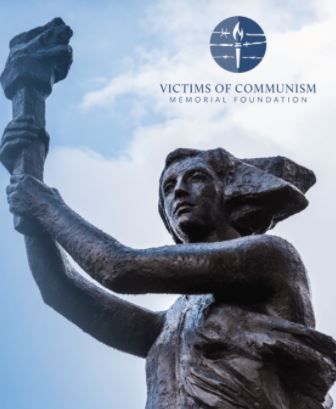 VICTIMS OF COMMUNISM FOUNDATION WASHINGTON, D.C 25 March 2021 This past week the Texas House of Representatives held a hearing on legislation to establish November 7th as the annual “Victims of Communism Memorial Day.” Texas will join 12 other states in recognizing VOC Day to bear witness to those who have died and suffered under communist regimes.

Representative Tom Oliverson, the bill’s sponsor, remarked that “more than 100 million innocent people have been killed by communist regimes since the creation of the first communist regime on November 7th, 1917 in Russia. This is the greatest loss of human life of any event in human history, and we must not forget the horrors of communism. Just as the Holocaust memorials remind us to never again indulge the brutality of fascism, so too, this memorial serves as a sobering reminder of the empty promises of communists everywhere, and the brutal legacy of human suffering they leave.”

VOC was honored to have Advisory Council member Dr. Elida Dakoli testify before the Texas House of Representatives and bear witness to her family’s experience under the communist regime in Albania.

“When [my grandfather] refused to turn his wealth over to the communist party, he was jailed, his homes were destroyed, and my grandmother and her four young children ages 1-12—including my father—were thrown in the street with nothing. Her brother bravely took my grandmother and the children in, but my grandfather was killed in jail. We still do not know where his grave is. The persecution of my family members went on for four generations.”

VOC applauds Texas’ steps to establish November 7th as the “Victims of Communism Memorial Day.” The crimes of this evil ideology must never be forgotten.